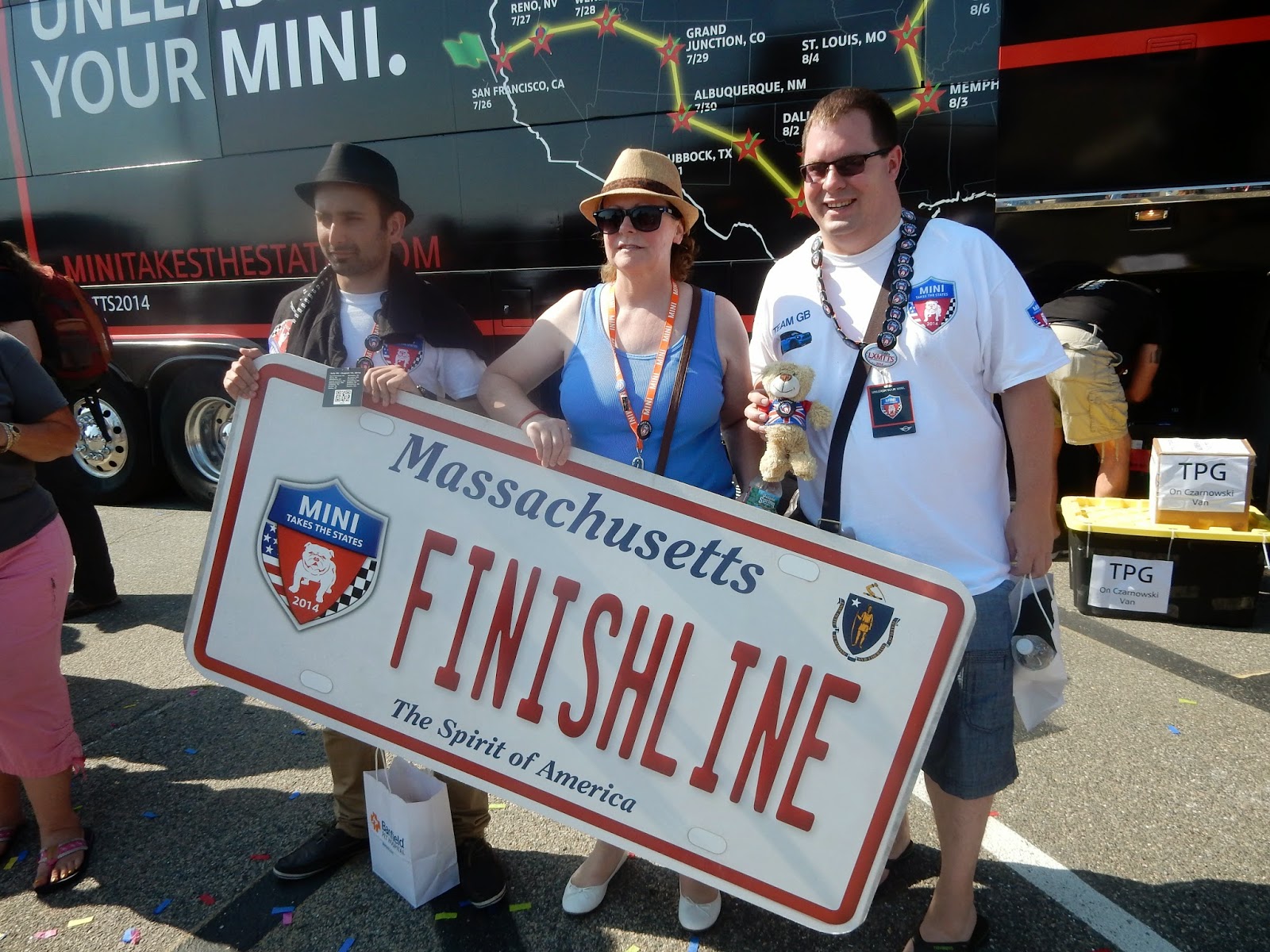 Well that's it, we've rallied and can rally no more.

After 5,142 miles, 18 states and 15 cities we arrived in Boston yesterday afternoon after a nervous drive from Bethlehem. Christine, still feeling under the weather proceeded to Boston with Amy and ended up skirting past New York City, while Ali hitched his final ride in a Hampton edition Clubman and proceeded straight up the interstate.

Tryon and I attempted to follow the route, but the road conditions were bumpy at best. A new rattling sound came from under the bonnet, so we retreated to the interstate and set up the GPS for the city centre dealership in Boston.

An early arrival into Boston meant we had time to get into our apartment, and the news came through that Tryon's car was fine and would be good for the drive back to California.
So on to the wrap party which followed a similar format to the previous events. But there was a sense of relief & accomplishment amongst the coast to coasters, it had been a long slog but boy was it worth it!  We danced until the party closed down, and would return for the rise and shine the next morning.

Rise and shine on a sunny Boston morning was our final chance to say goodbye to new friends made. Oh, and there was a proposal too! And a lot of fun was had, but it is hard to let go. Its only sinking in now that I'm not driving anywhere today!


We got to meet some great people on this trip, everyone being friendly and wanting to chat. The MINI USA staff were great, always chatting with participants and I have no idea how the event staff set up everything after finishing late the night before! I come away from MTTS with a great appreciation of how welcoming this country is, and was great to spend so much time with the US MINI family.

My final words are reserved for Amy & Tryon Lippincott, without them this would not have happened. Their company and spare seats got us across the country, and we are forever in their debt.  Tryon's car was a blast to drive, and hit the 110,000 mile mark on the ride into Boston. We had a lot of fun in that car.

And so, for the final time thanks for reading,
Phil 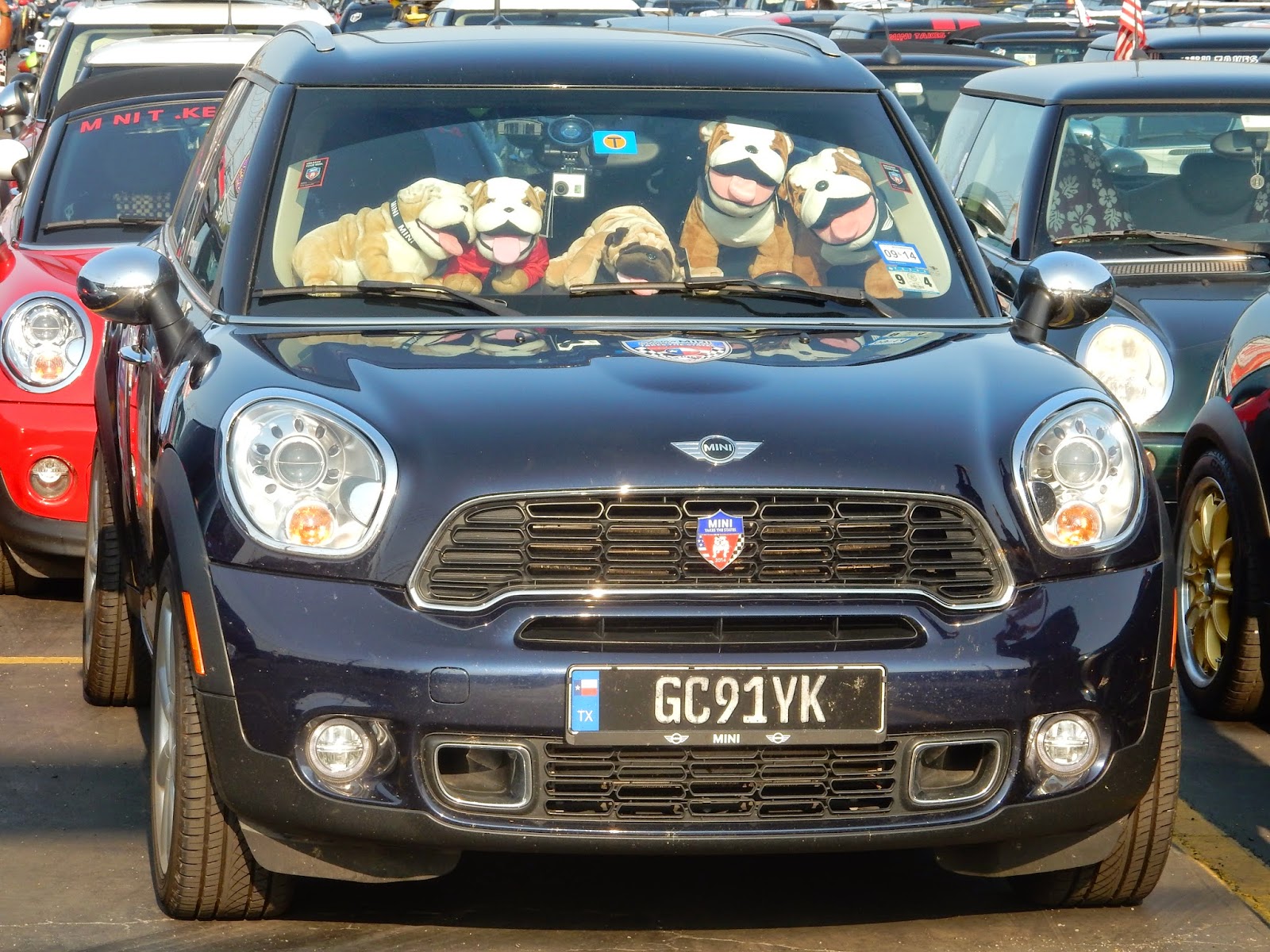 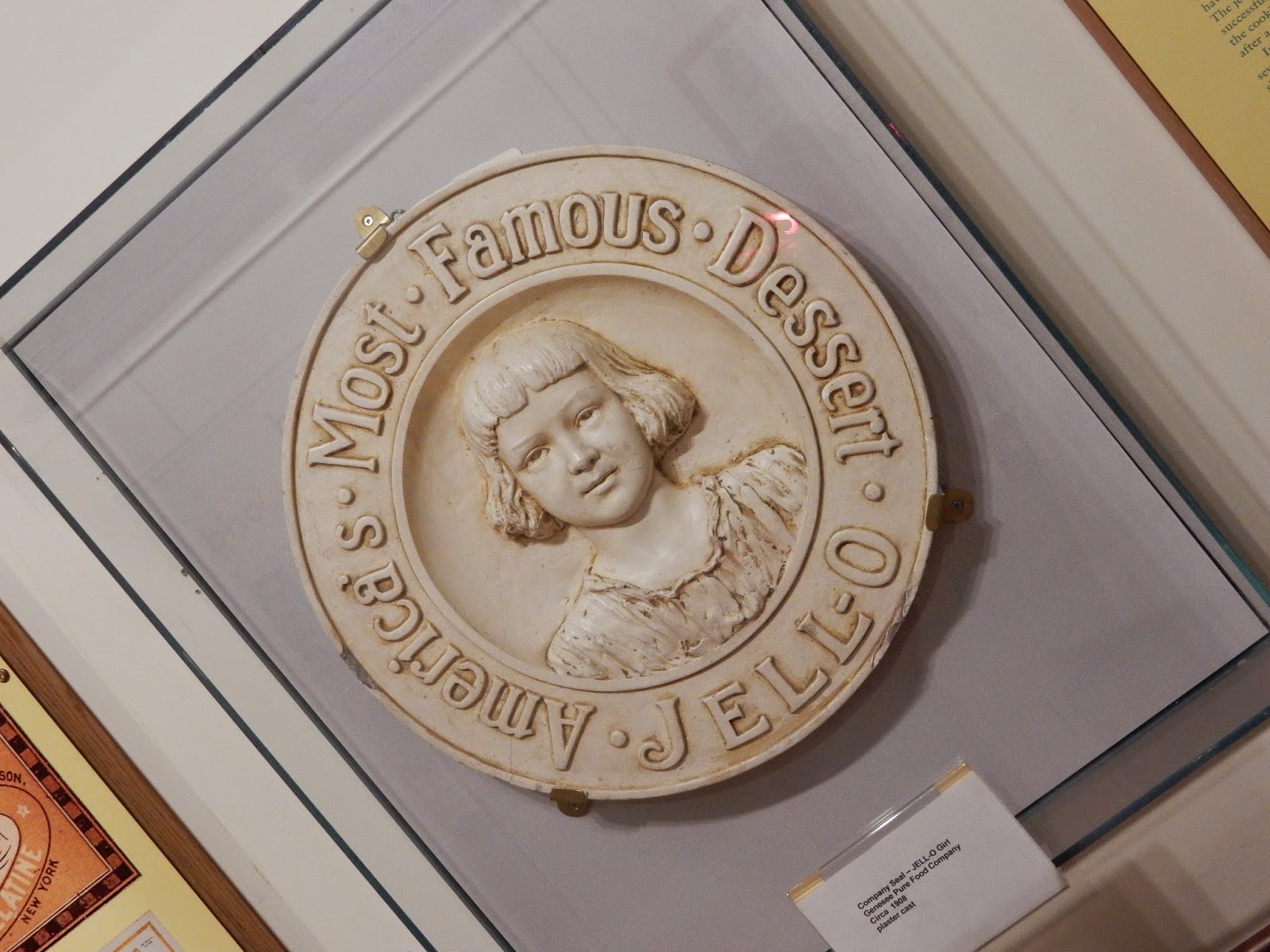 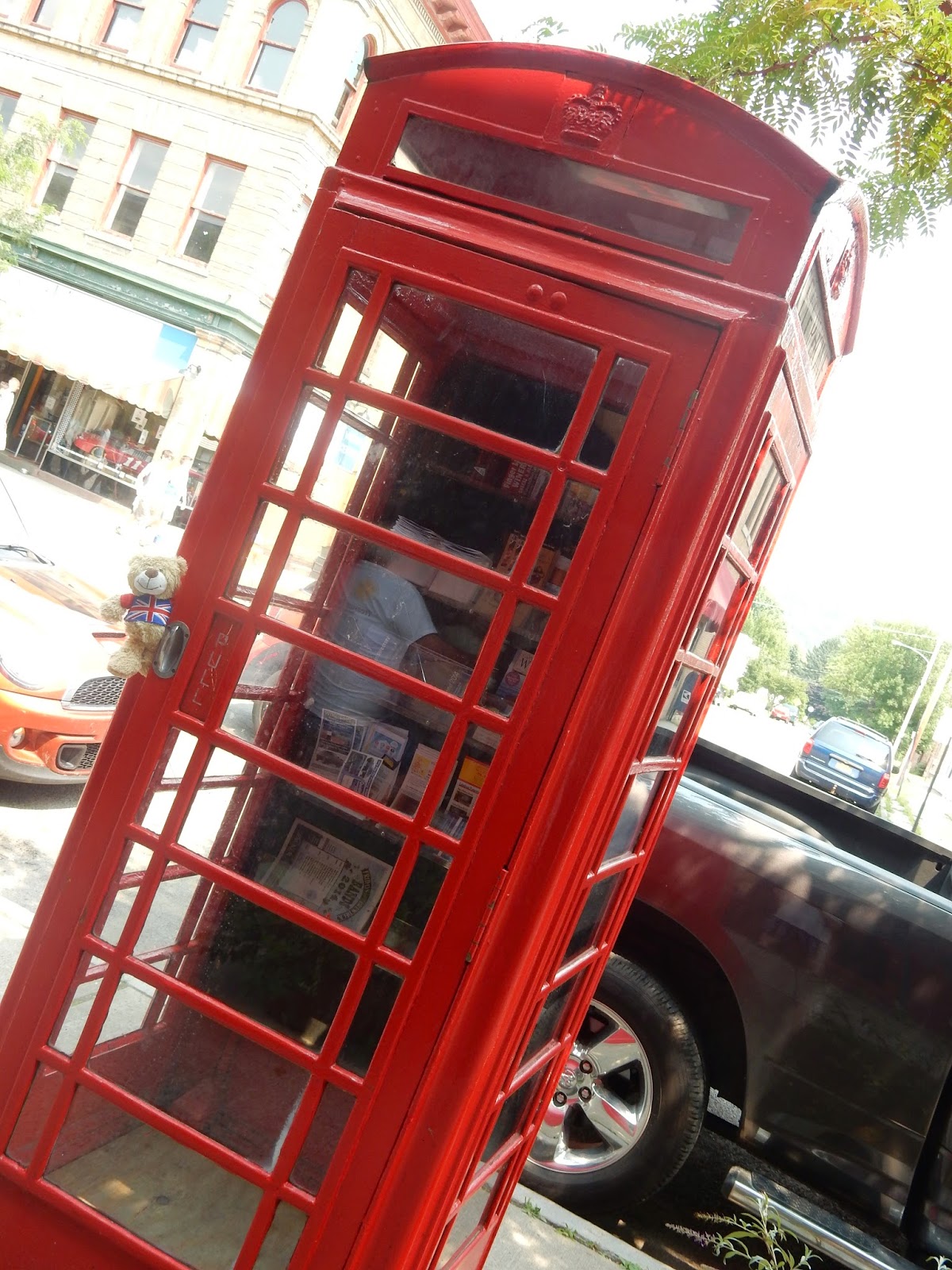 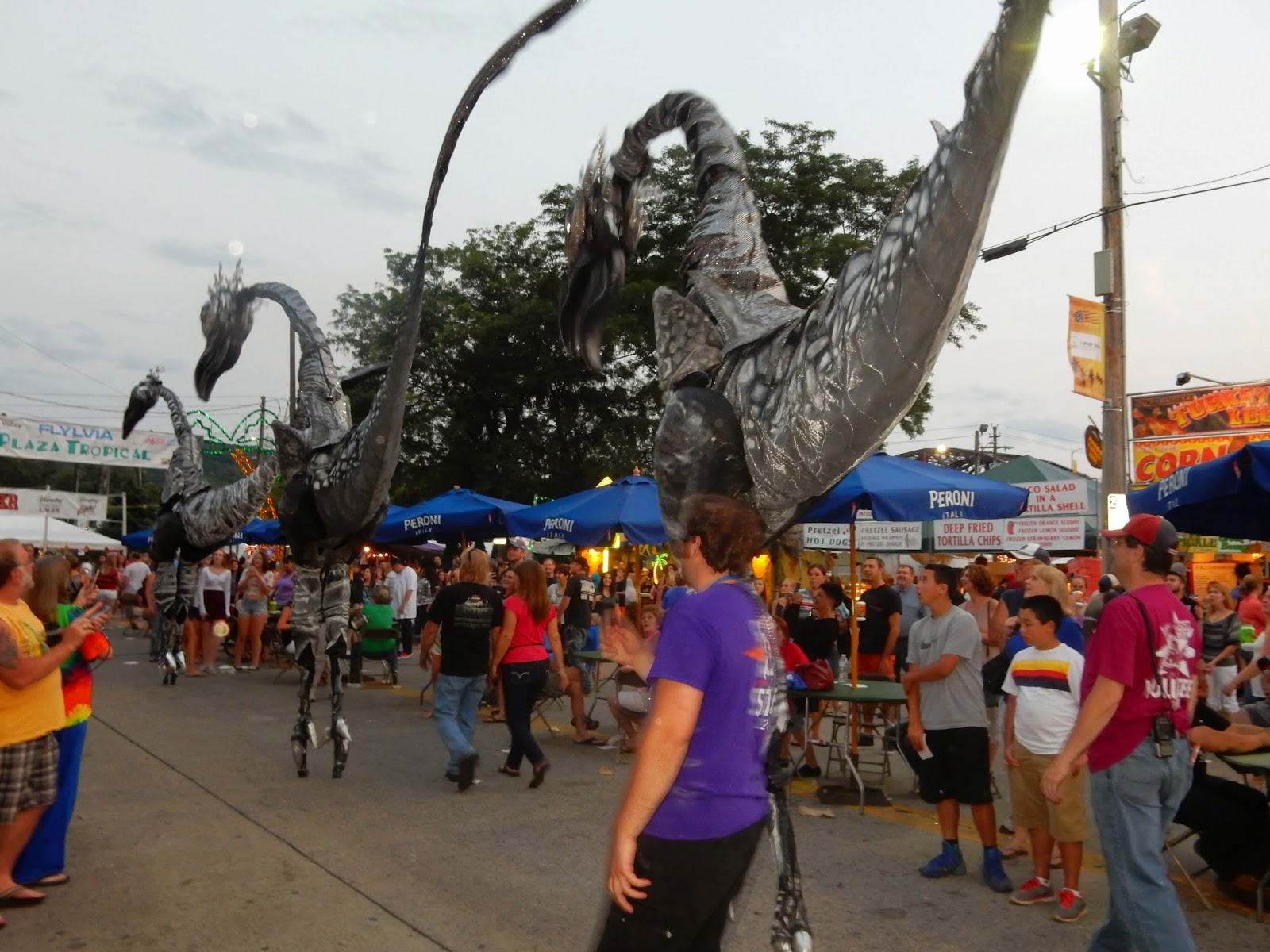 Well folks I don't have much to report today, as most of Team GB have been out of the MTTS banner for the day.

Unfortunately Christine started to come down with what we think is a bad migraine, so the priority was to get to the Buffalo stop ASAP. Thankfully the hotel got the room ready early and Chris was able to get her head down before noon.

The early arrival did mean we had time to head to Niagara Falls for lunch, and admire the falls for my fourth time. I also got to visit Canada, if only for a few hours.

On arrival back in Buffalo, Ali had arrived from the MTTS run, but I haven't had a chance to catch up as tonight I spent time with family who were able to come see me from their nearby town in Canada.

Normal service should be resumed tomorrow folks, as we set off on the penultimate leg of the tour.
Posted by Unknown at 18:18 No comments: 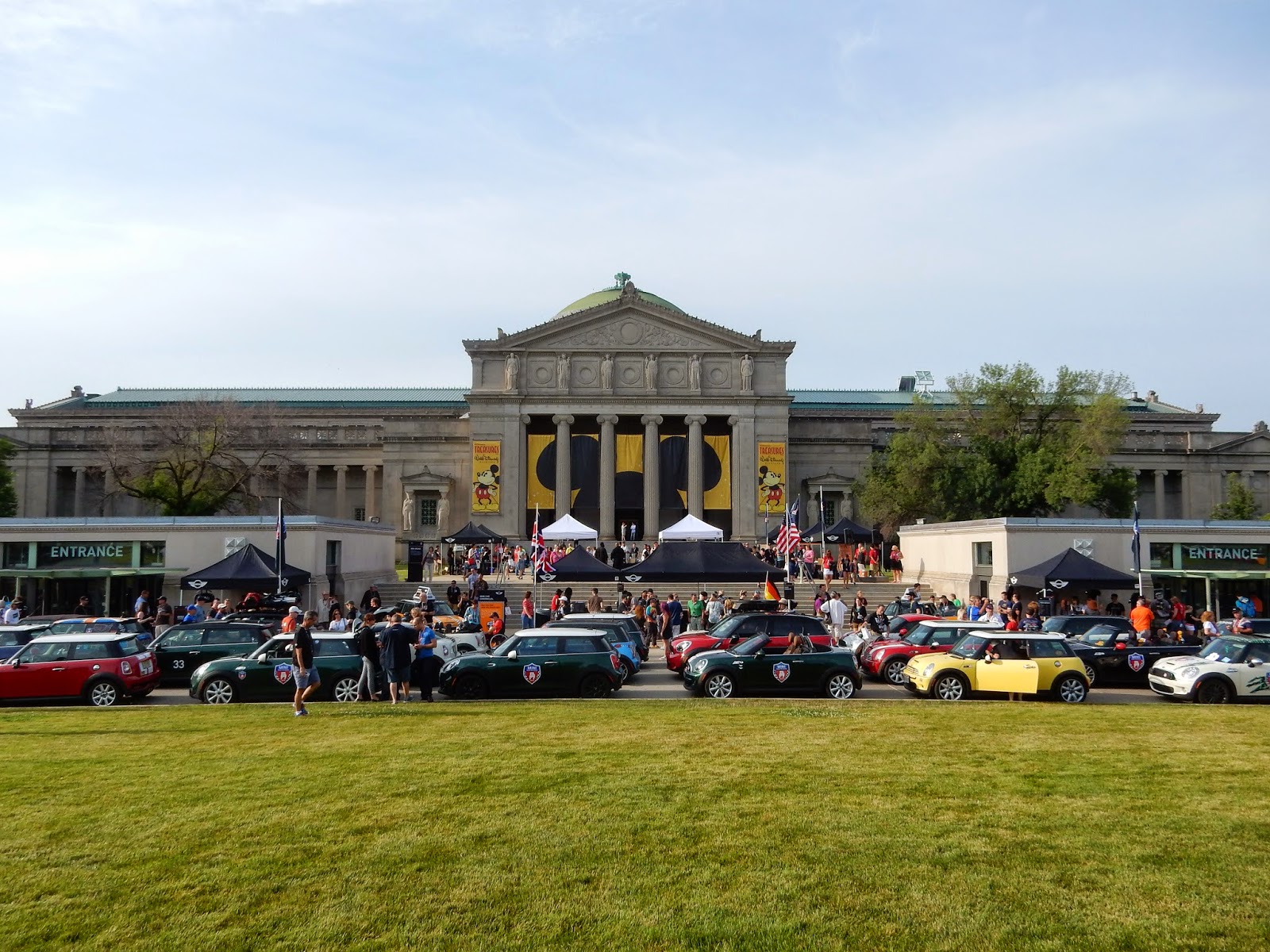 I'm afraid we don't have a lot to report today.

Christine hitched a ride in a JCW R57 after suffering some JCW withdrawal symptoms and Ali rode in an Ice Blue R55 Cooper Auto. 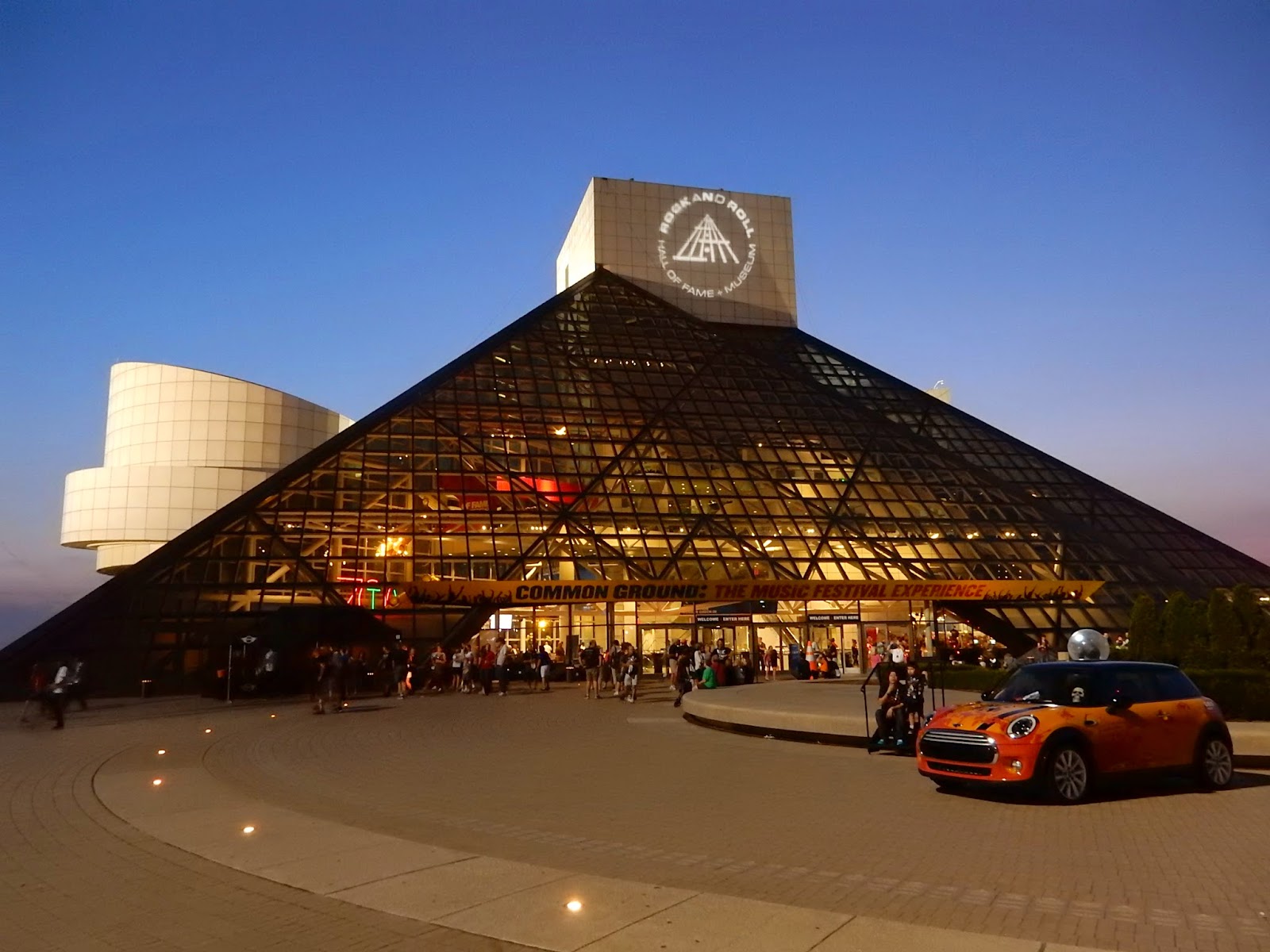 The drive was uneventful, despite getting lost and some serious pot hole issues in Chicago. We ended up taking the interstate all day again as time meant we would be late for the evening event if we didn't. Both Tryon and I took the opportunity get some sleep while on the road too.

We got to Cleveland with just enough time to get to the evening event, which was held at the Rock and Roll hall of fame, which was astonishing and full of amazing musical artifacts.
Sorry for the short one folks. 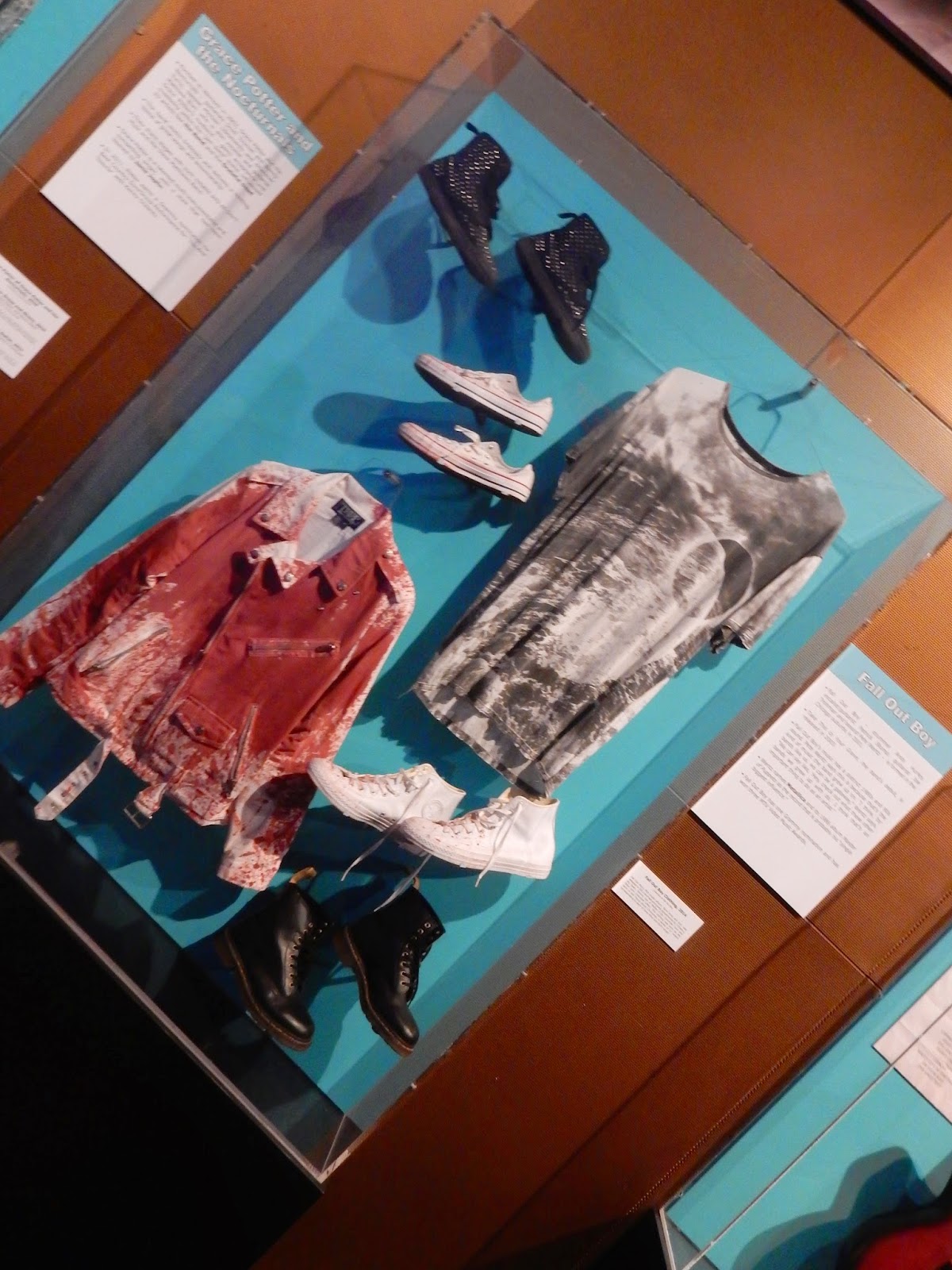 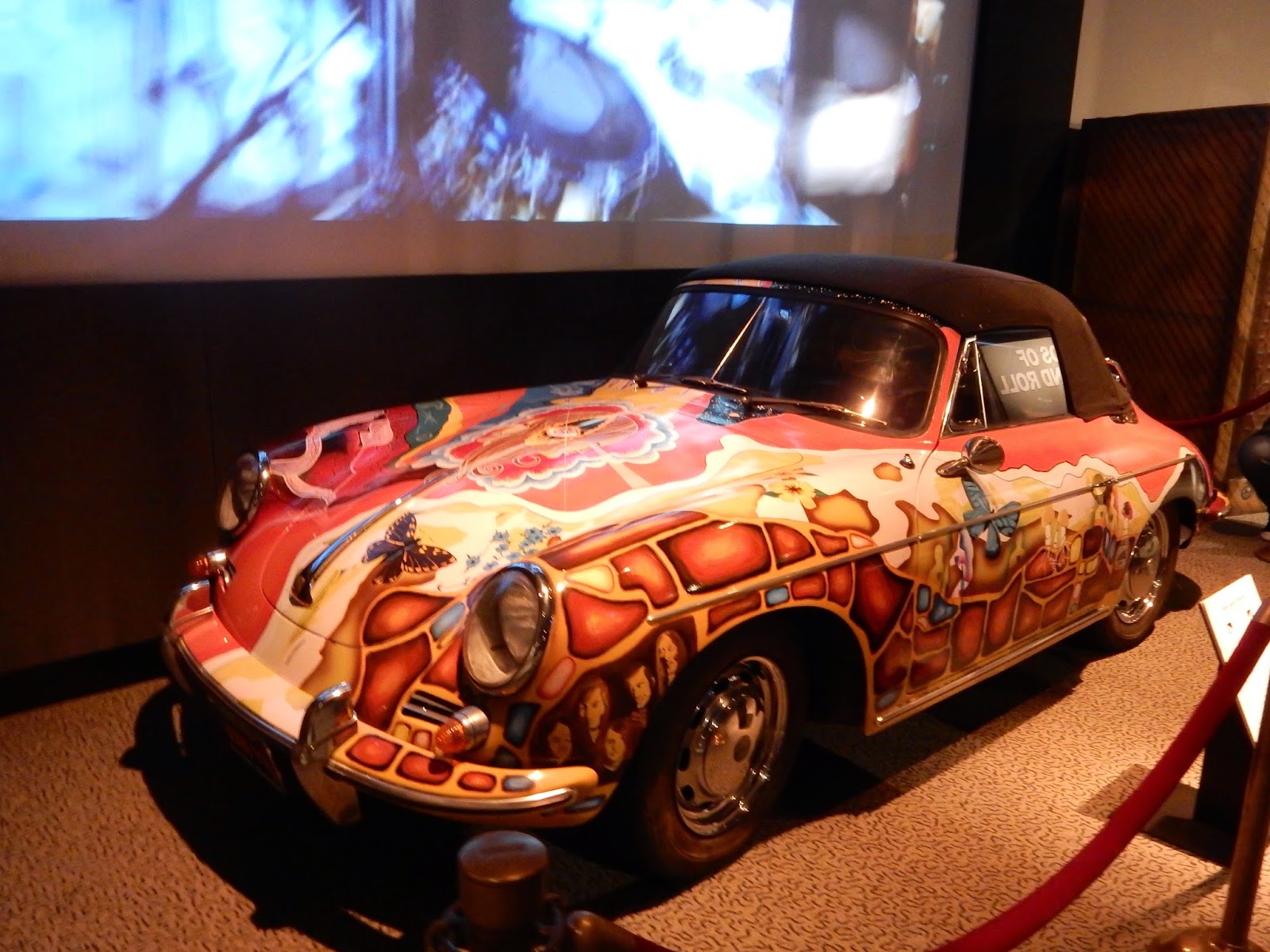 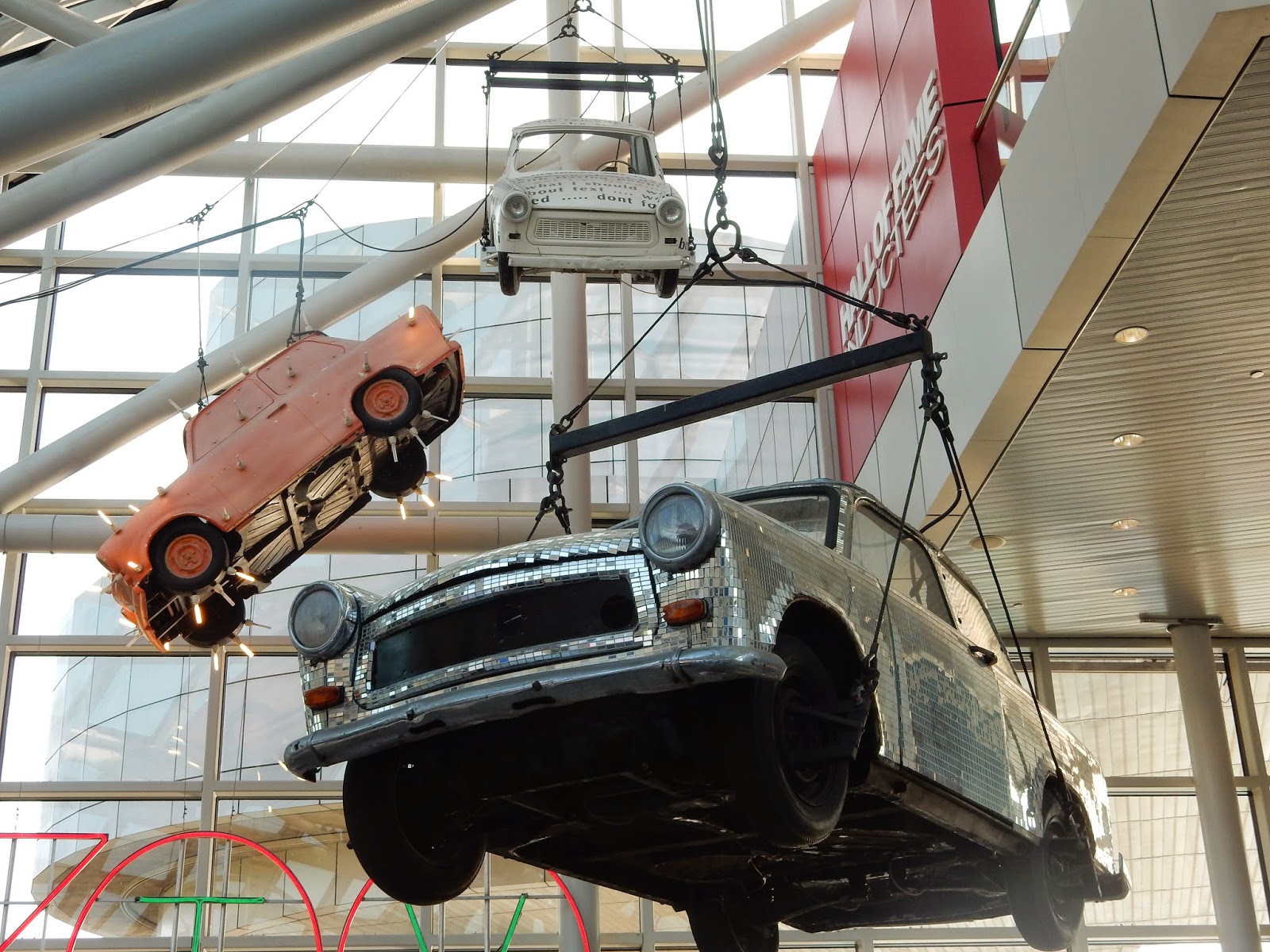 
Today saw a return to the Gateway Motorsports Park for rise and shine in awful raining conditions. This soon passed though and last night's raffle winners were given their hot laps in an F56.

Tryon took advantage of the coding service being offered by one of the participants, and we now have one touch windows up, remote windows up from the lock button and auto fog lights with high beams which isn't illegal over here.

The route today took us along the banks of the Mississippi before returning to the Interstate to hunt down part of route 66, which is no longer a route in it's own right.

We however deviated for a Chicago style deep dish pizza, and you can tell by the expression on Morris' face how good it was!

We somehow made Chicago in good time, with no traffic to contend with and then it was off to my first Baseball game at US Cellular Field which MINI had secured an entire block of seats for us! I was completely taken aback by the stadium. The openness and space around the food outlets, choices and the views all makes Old Trafford, Anfield, Lords and the Kia Oval look well behind the times.

It was a great evening again, but not for the White Sox who lost to the Texas Rangers 16-0! As we got back to our hotel, we stopped by the adjacent fire station for a chat with the firefighters and got to look around the impressive fire trucks. 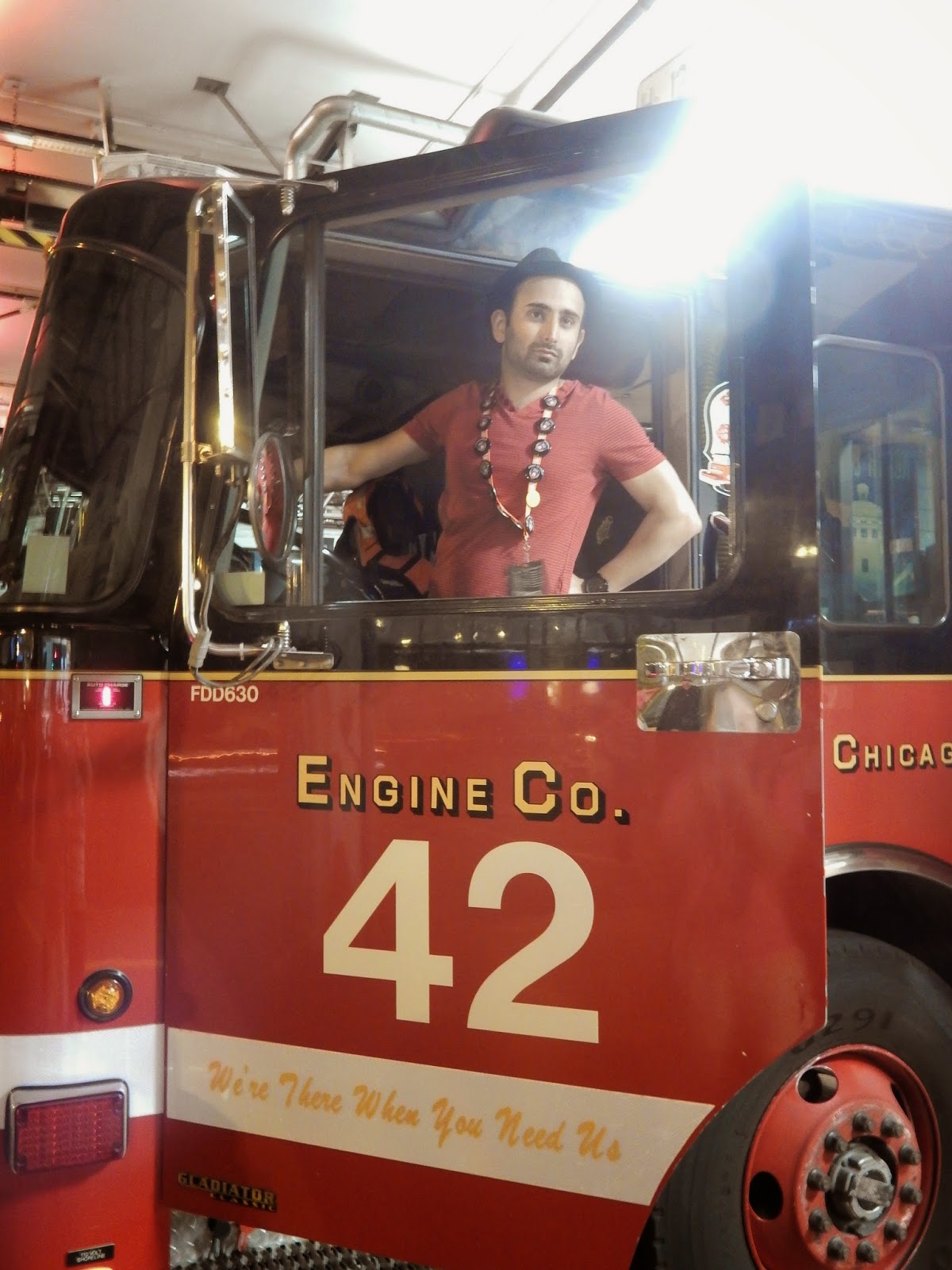 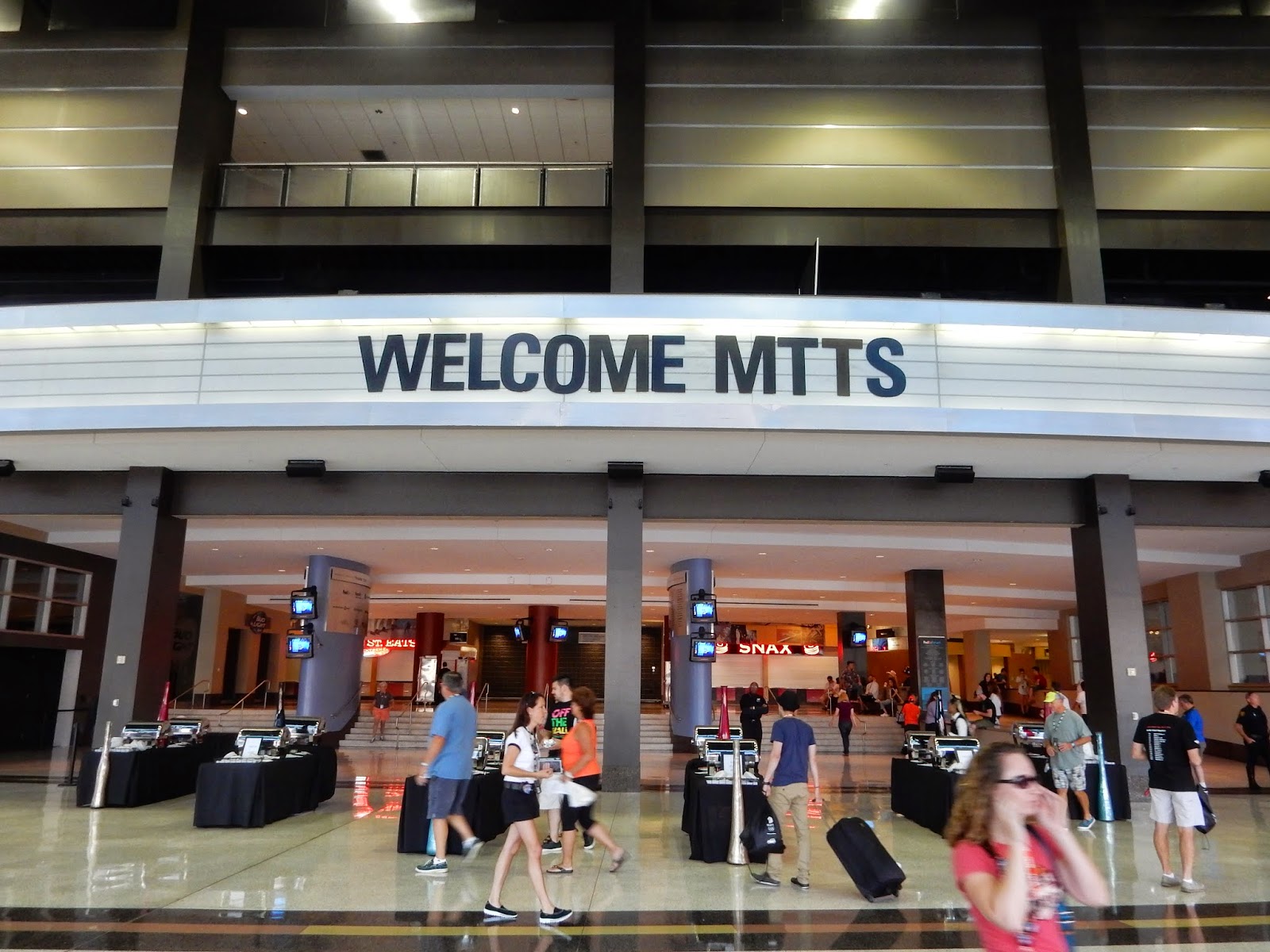 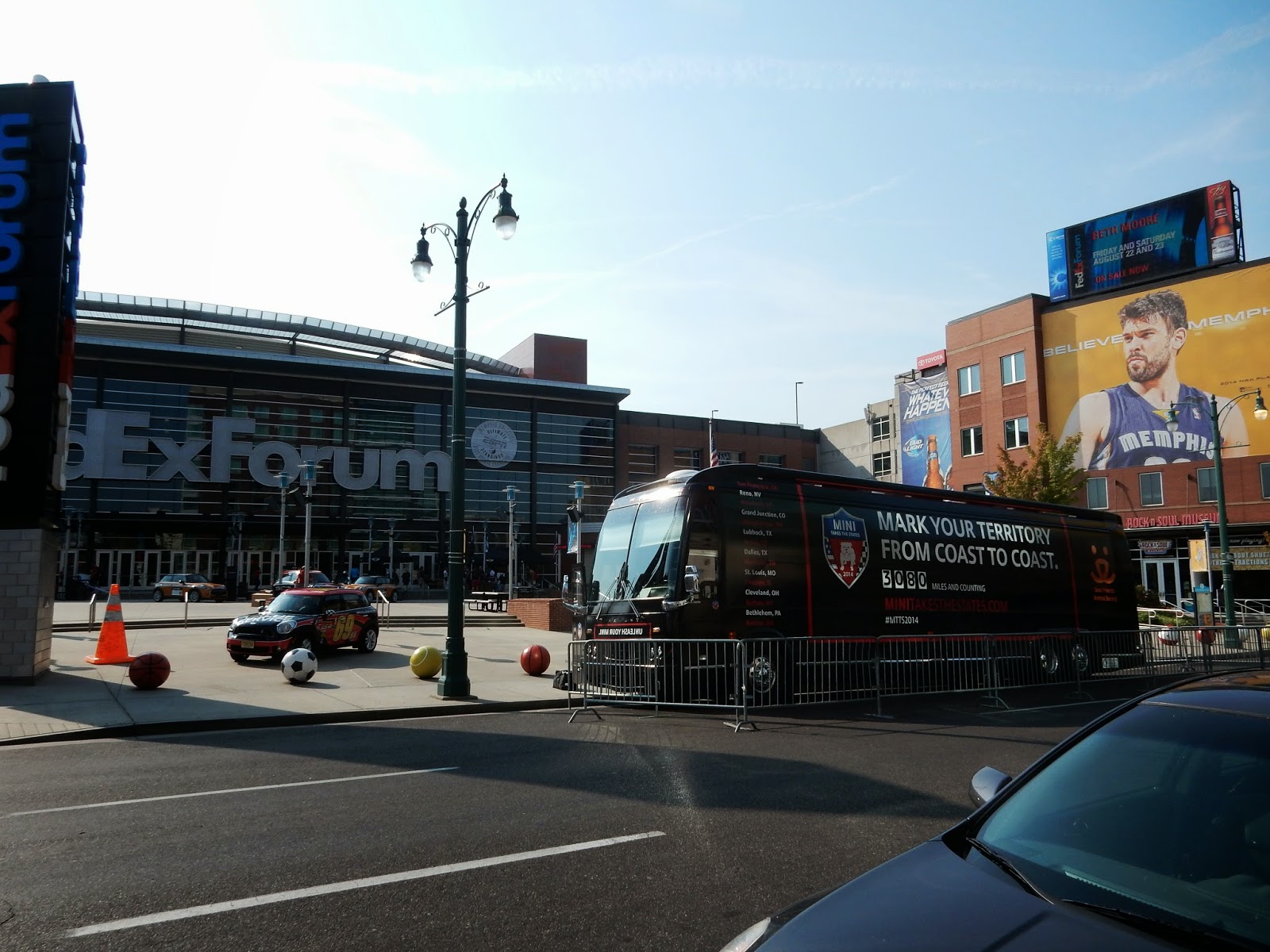 This morning we said farewell to the awesome city that was Memphis. 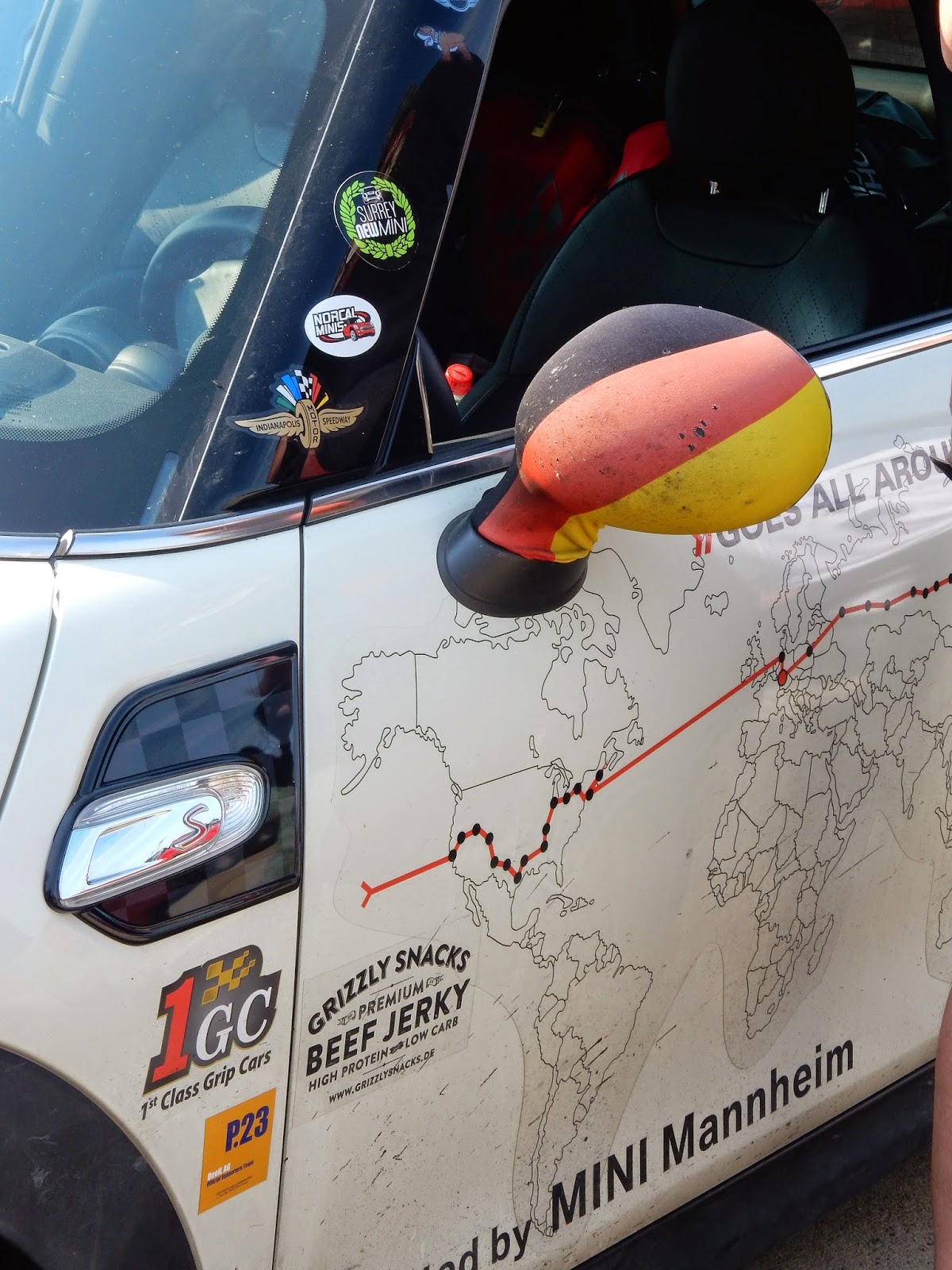 The morning rise and shine was held outside the FedEx Forum in downtown Memphis, followed by a police escort out to the interstate. We were parked up next to the 2 guys from Germany, who are taking part in MTTS as part of their adventure around the world in an F56 having already covered Europe and Asia. Their F56 is also now proudly displaying a Surrey New MINI sticker on their A pillar to go with the Mersey Mini Club one on their back window. 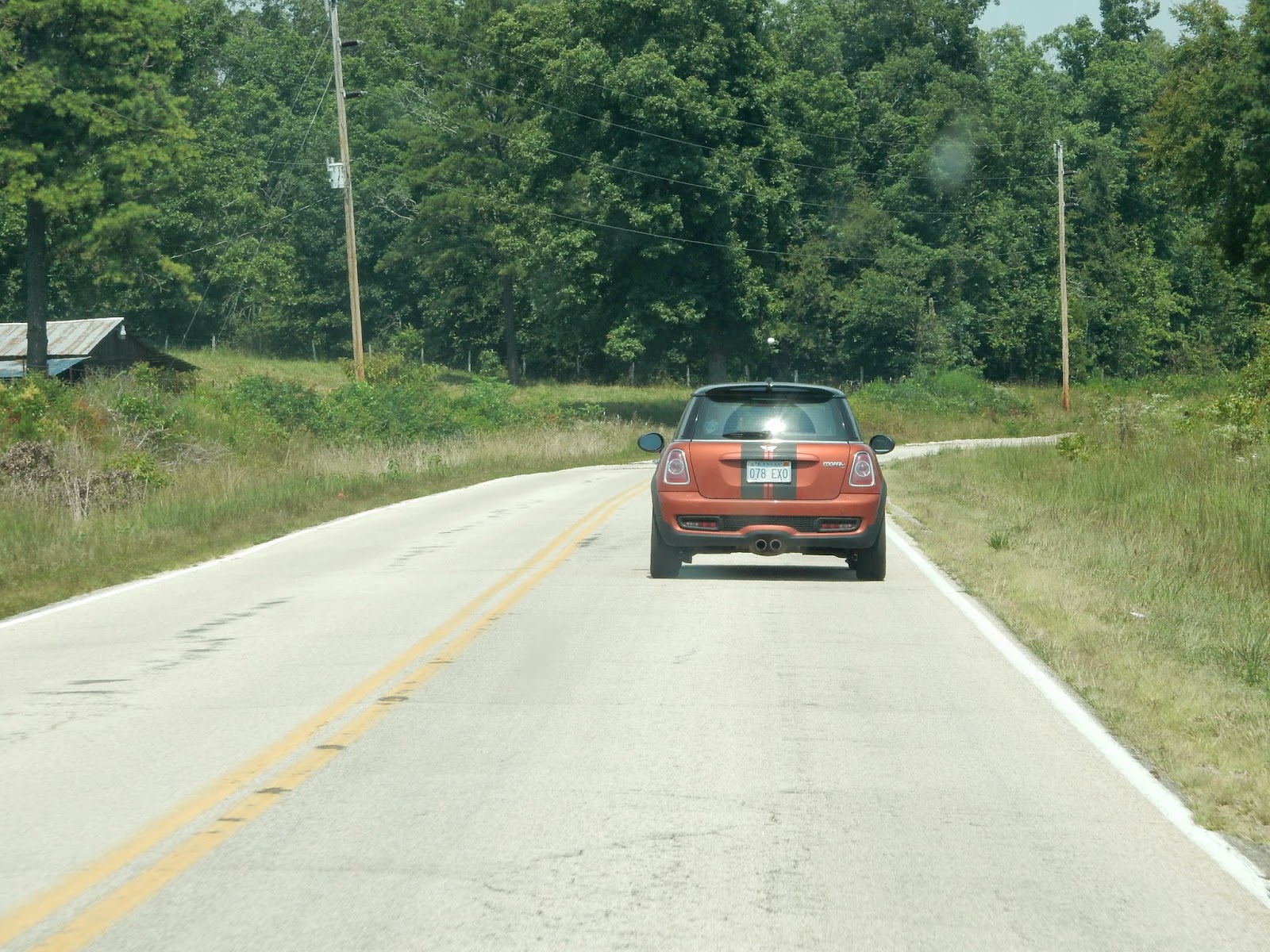 The driving today was mostly main roads, although we did get to see some back roads and included a stop at a drive in BBQ, which provided all MTTS participants with their homemade pink lemonade.

The evening event was held at the gateway Motorsport park, just across the Mississippi river and in Illinois, meaning we actually passed through 4 states in one day. Karting was available, which is pretty much where we spent all night. We managed to get 5 sessions in, with the guys running the karting allowing us to tag on to the last session as were heading off. Ali was pleased to get 39.1 secs, with me getting 40.7 and Tryon also in the mid 40s.

Tomorrow will see us head to Chicago, and take in my first Baseball game. 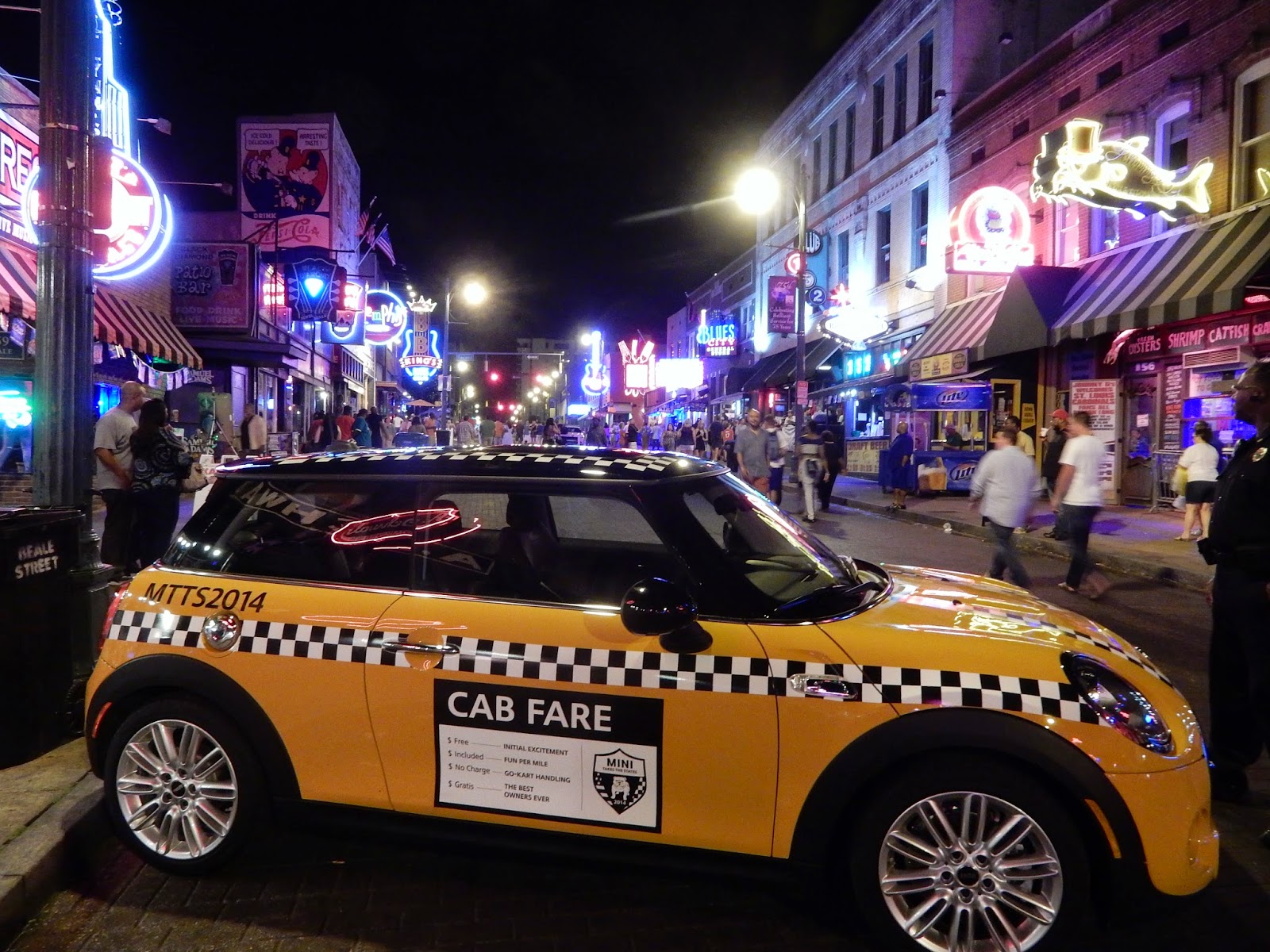 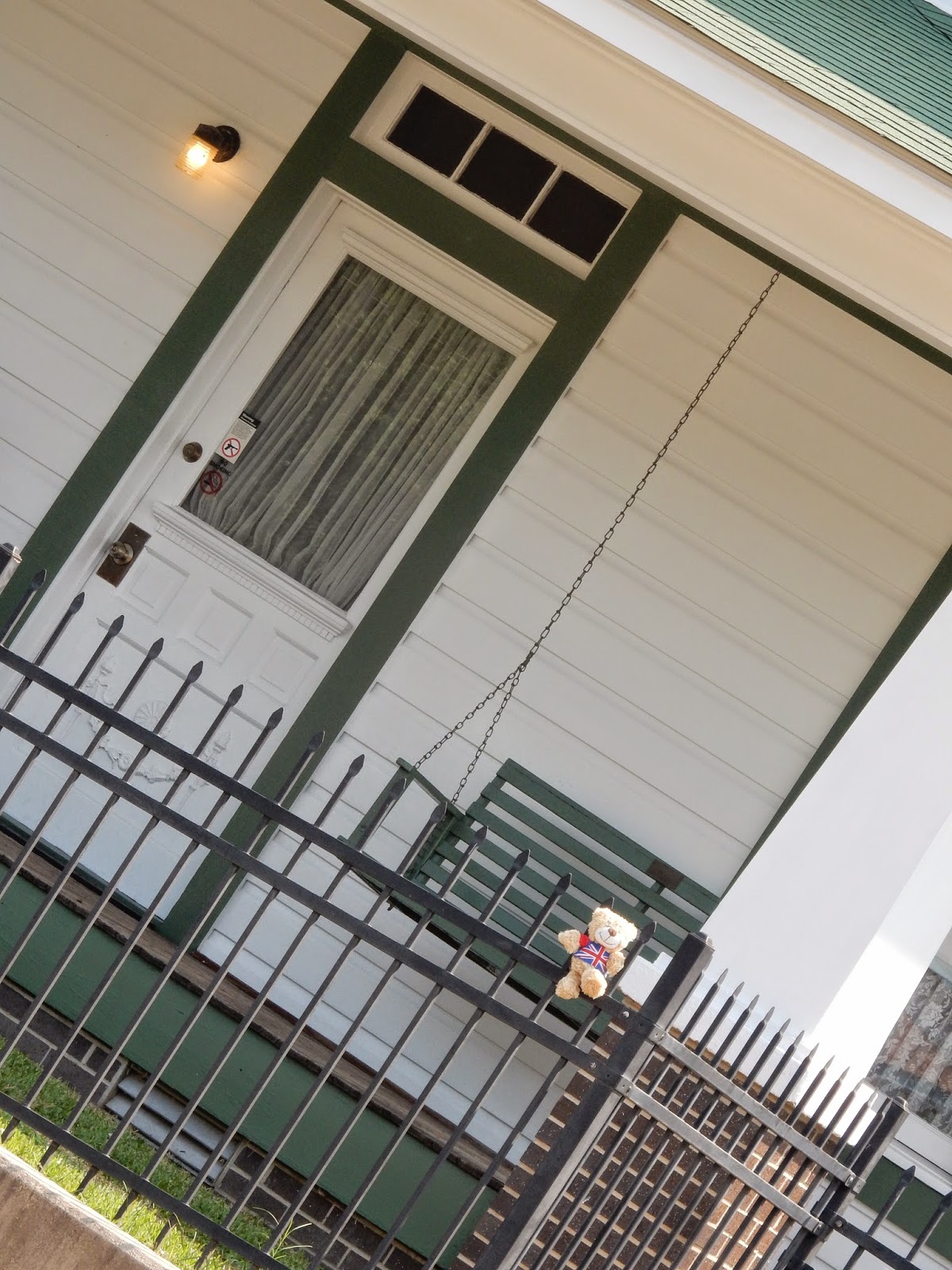 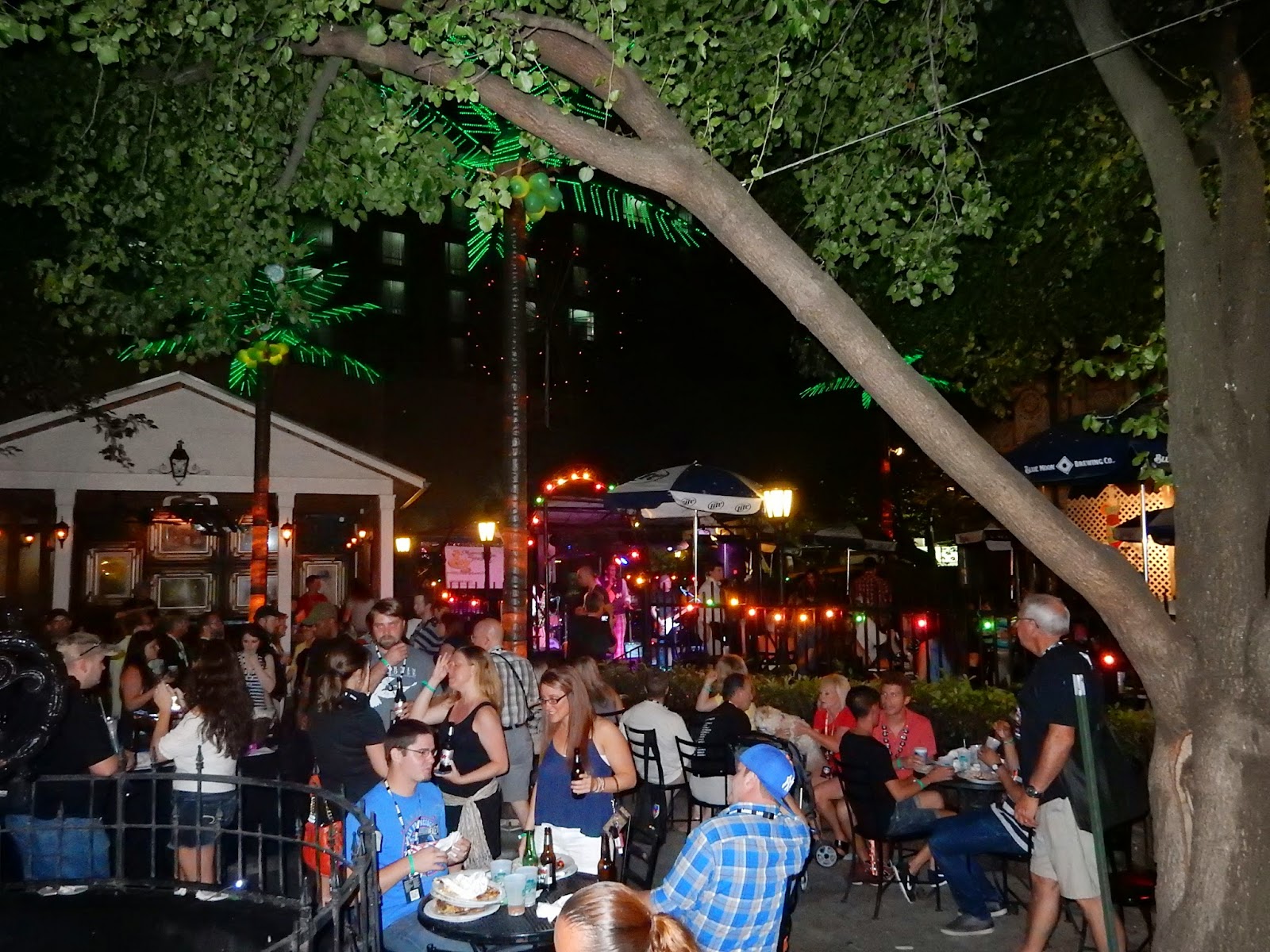 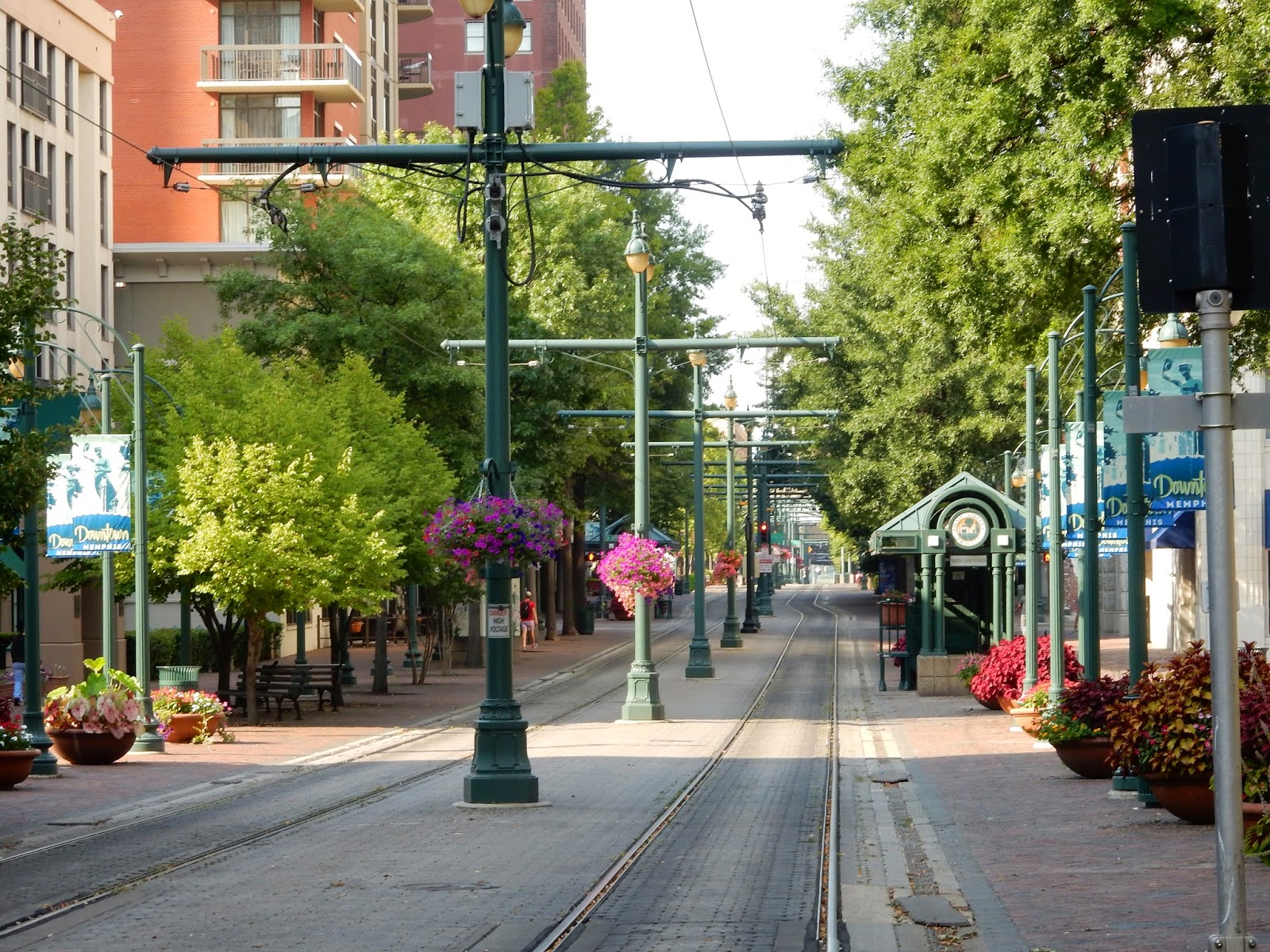 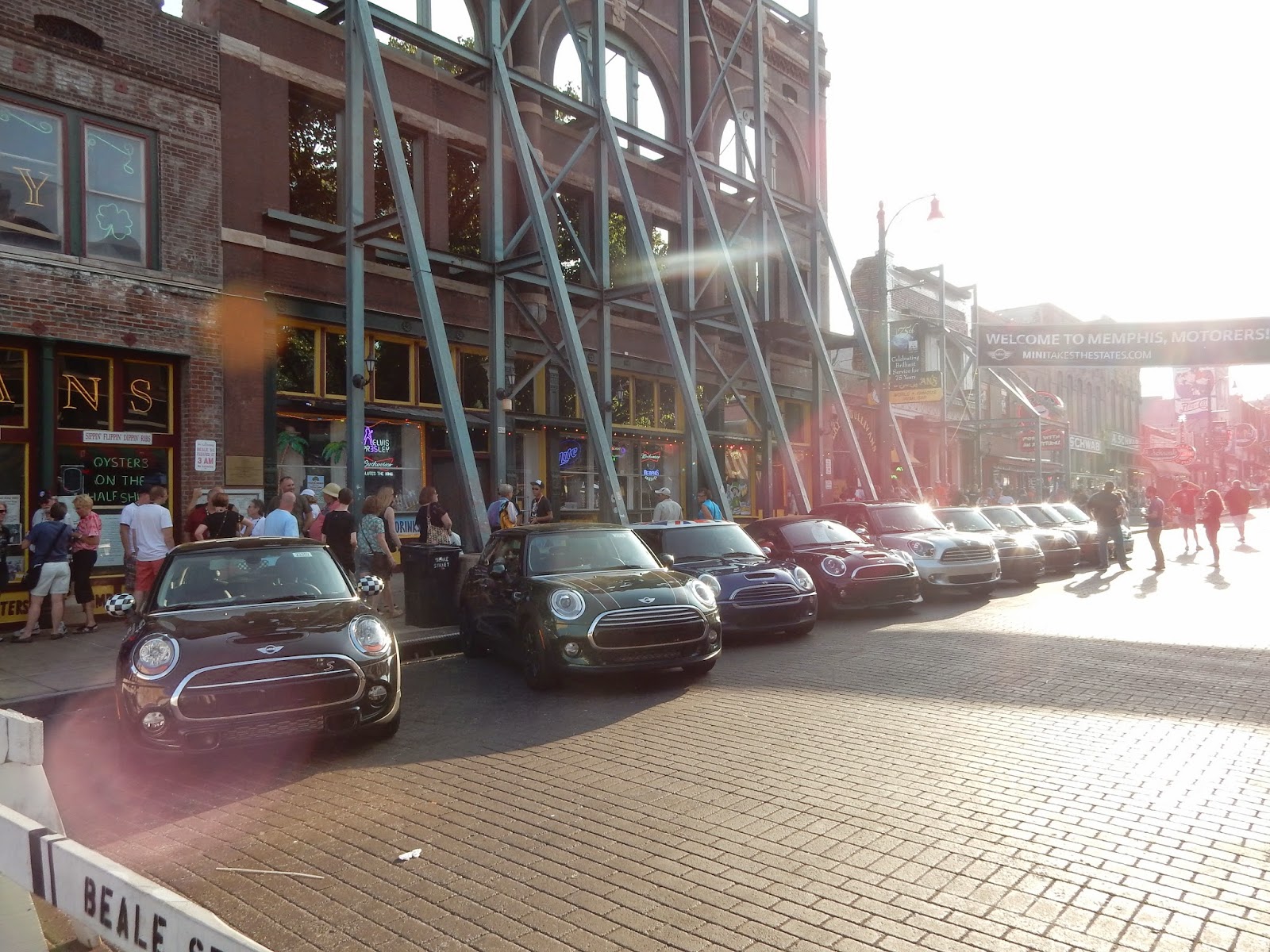