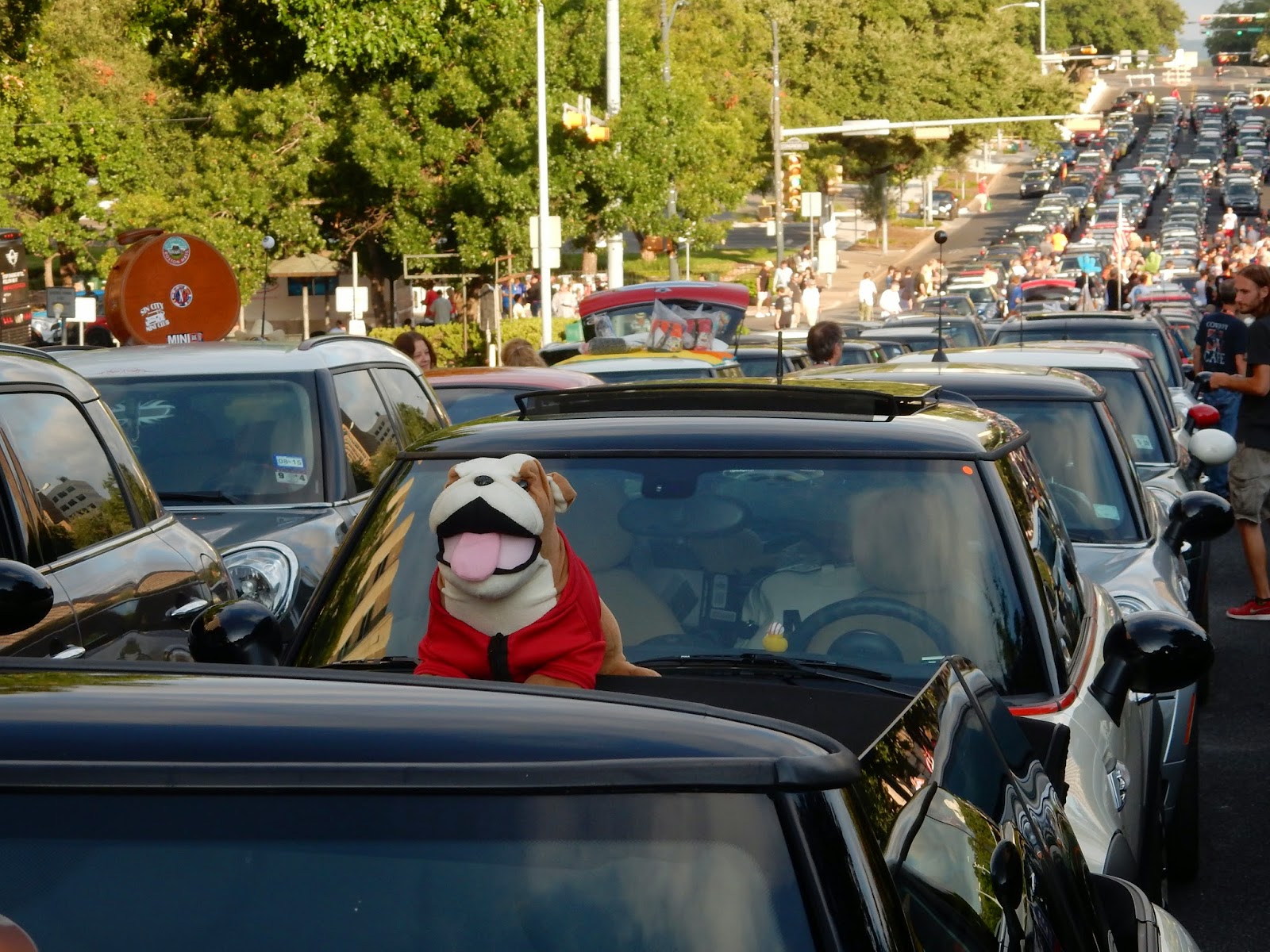 Hello y'all (my last Texas greeting I promise!)

Today saw us arrive at the rise and shine event which was being held outside the State Capitol building, with the street closed off for the MINIs. There were four lanes of minis each a quarter of a mile long making it a mile of MINIs, probably more as there were more parked in a side street and alongside the 4 lines too. We'd found out the night before that there are 500 coast to coasters doing the trip, so that's 500 every morning plus any additional cars joining each morning going part of the way.  Austin was due to be the biggest rise and shine so far.

After picking up the route sheet Ali went out to find his ride and met with Erin, who would deliver him to Dallas in her Cooper S Countryman 'Typhoon'. She was in the US Marines, and was stationed at the same base as Tryon, my ride for the whole trip.
After a police escort, we bad farewell to the awesome city of Austin. I hope to come back, maybe if I'm lucky to see some F1.

Today's surprise and delight was to be Franklin Drive Thru Safari, but by the time we got there the queue was probably over an hour long, so we opted for an early arrival into Dallas and pressed on. Ali and Erin however were the 3rd car to arrive and went straight in.

Pressing on to Dallas we skipped the planned route and arrived at our hotel by 1400, and discovered another surprise. Christine, always great and finding hotel deals had managed to book us into the Presidential Suite! 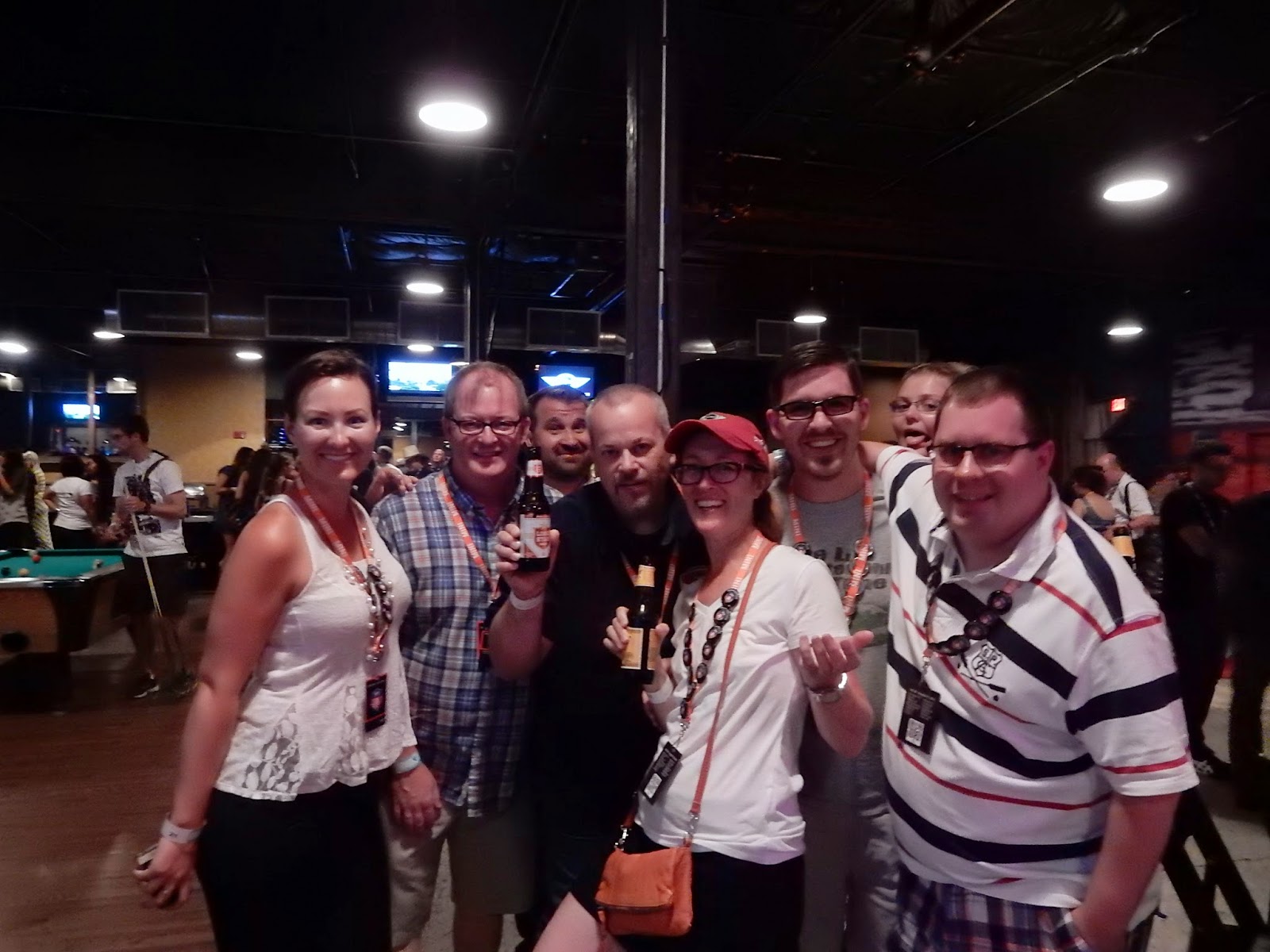 The evening event this time would be at Gilleys, a music hall which tonight would provide live country music and a bull riding contest. Food was beans, corn, potatoes and some peach cobbler, and reports were it was good! It was a great party, and I'm really enjoying these evening events, chances to catch up with fellow drivers which sometimes seems missing in the UK scene when we disperse to explore the events we are attending.

The next journey is a long one. Interstate all the way to Memphis and no 'Surprise & Delight' on the way. 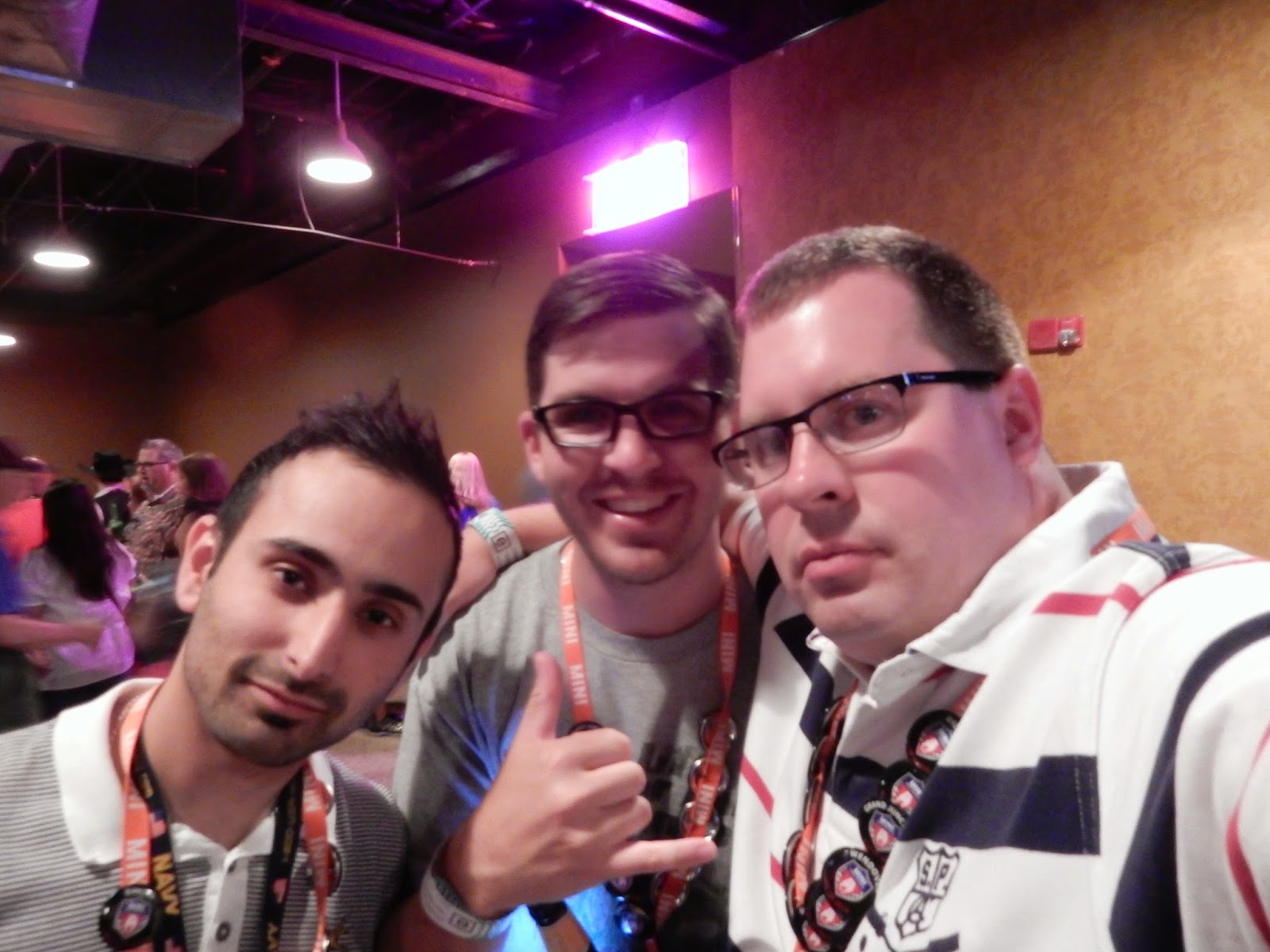